RAID stands for Redundant Array of Inexpensive Disks. RAID allows you to turn multiple physical hard drives into a single logical hard drive. There are many RAID levels such as RAID 0, RAID 1, RAID 5, RAID 10 etc.

Here we will discuss about RAID 1 which is also known as disk mirroring. RAID 1 creates identical copies of data. If you have two hard drives in RAID 1, then data will be written to both drives. The two hard drives have the same data.

The nice part about RAID 1 is that if one of your hard drive fails, your computer or server would still be up and running because you have a complete, intact copy of the data on the other hard drive. You can pull the failed hard drive out while the computer is running, insert a new hard drive and it will automatically rebuilds the mirror.

The downside of RAID 1 is that you don’t get any extra disk space. If your two hard drives are both 1TB, then the total usable volume is 1TB instead of 2TB.

To set up RAID, you can either use a hard drive controller, or use a piece of software to create it. A hard drive controller is a PCIe card that you put into a computer. Then you connect your hard drives to this card. When you boot up the computer, you are going to see an option that allows you to configure the RAID. You can install an operating system on top of hardware RAID which can increase uptime. 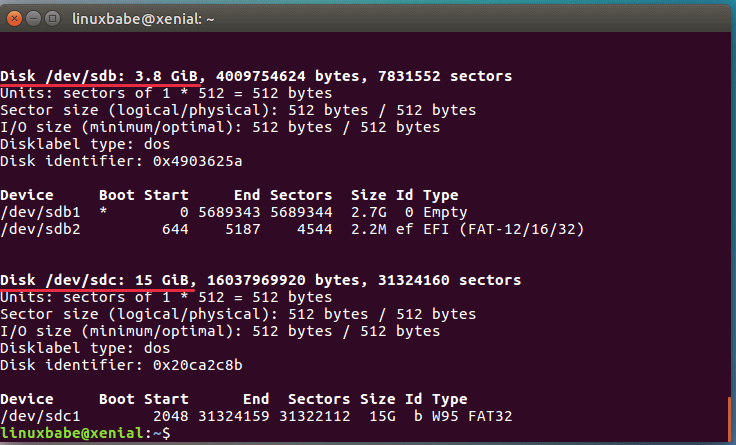 You can see mine is /dev/sdb and /dev/sdc.

Next, use the fdisk command to create a new partition on each drive and format them as a Linux raid autodetect file system. First do this on /dev/sdb. 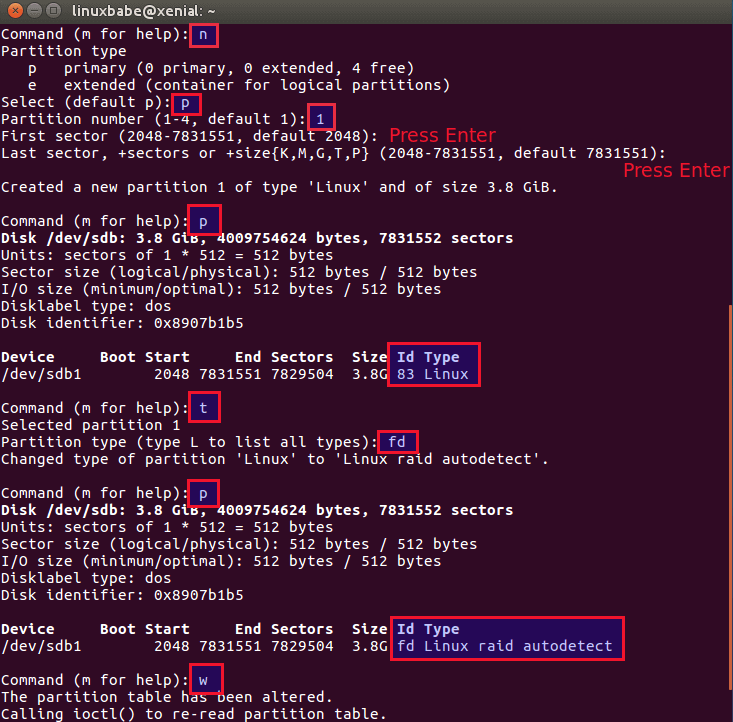 Follow the same instruction to create a Linux raid autodetect partition on /dev/sdc.

Now we have two raid devices /dev/sdb1 and /dev/sdc1.

You can see that both are the type fd (Linux raid autodetect). At this stage, there’s no RAID setup on /dev/sdb1 and /dev/sdc1 which can be inferred with this command.

Execute the following command to create RAID 1. The logical drive will be named /dev/md0.

Note: If you see this message: “Device or resource busy”, then you may need to reboot the OS.

Now we can check it with:

You can see that md0 is active and is a RAID 1 setup. To get more detailed information about /dev/md0, we can use the below commands: 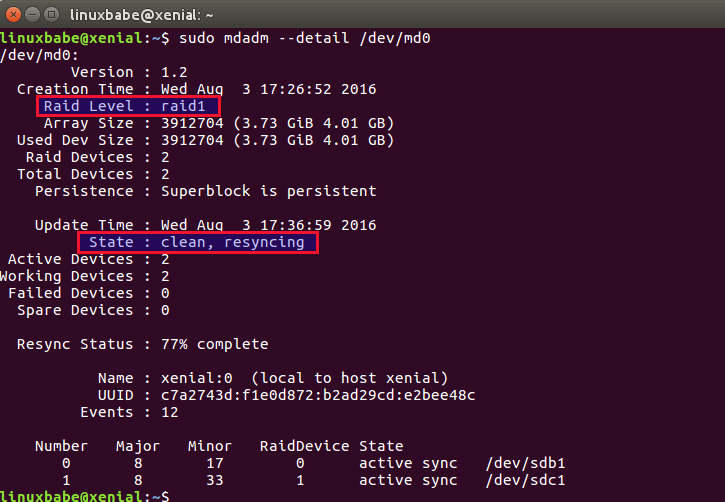 To obtain detailed information about each raid device, run this command: 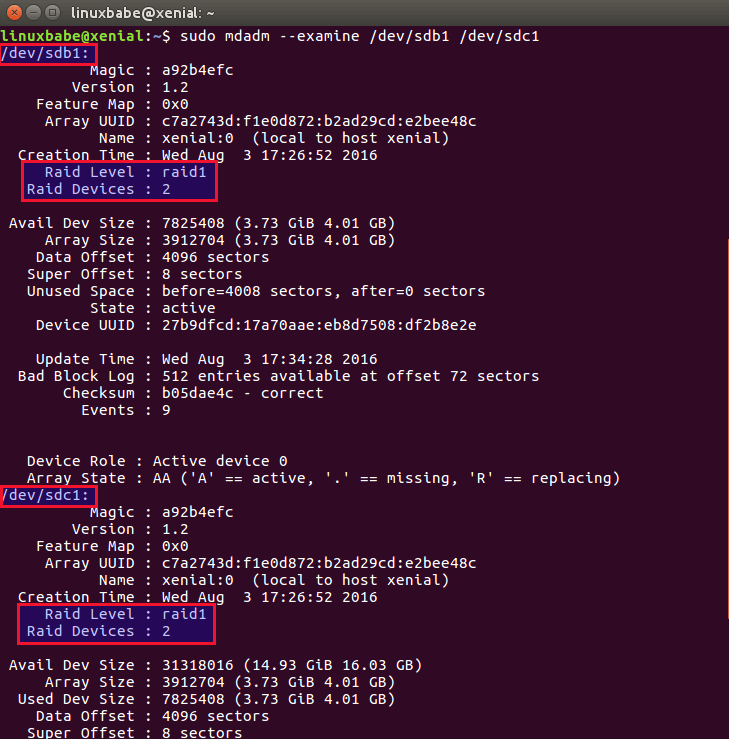 Then create a mount point /mnt/raid1 and mount the RAID 1 drive.

You can use this command to check how much disk space you have.

Now let’s go to /mnt/raid1 and create a text file.

Save and close the file. Next, remove one of your drive out from your computer and check the status RAID 1 device again.

You can see that /dev/sdc1 is not available. If we check /dev/md0, we can see that one RAID device is removed. 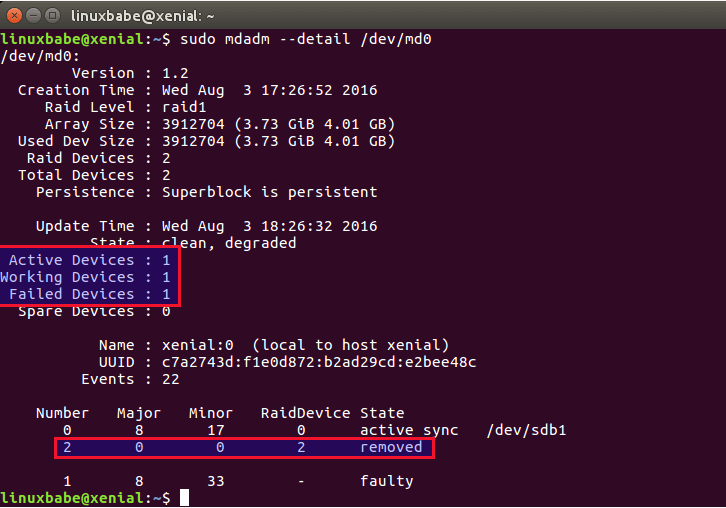